EXPO CHICAGO made a successful return to Navy Pier’s Festival Hall for the third edition of the Windy City’s leading art fair from September 18 to 21, 2014. Featuring 138 galleries from 17 countries and 43 cultural capitals, as well as special exhibitions, and on-site and off-site projects, EXPO CHICAGO 2014 was the centerpiece for EXPO ART WEEK, which included gallery openings, performances, private collection viewings, talks and museum events.

“The inaugural year set our foundation,” Tony Karman told Whitehot Magazine at the VIP preview. “We chose a selection committee, secured Festival Hall at Navy Pier, picked good time in September and worked with Studio Gang Architects, a noted Chicago firm, to construct a dynamic design. That then set the stage for a new fair to arrive in the city of Chicago and the opportunity for year two to draw greater collectors and regional and international support, which obviously has happened. Sales were not overwhelming in the first year, but they were what most galleries expected from a new fair. We wouldn’t be having a third year fair if sales had not been stronger in the second year. I think we’re now moving into a trajectory of strong curatorial efforts matched by equally strong sales.”

Scroll through our photos to see some of the artists, collectors, gallerists, museum curators and directors and art at EXPO CHICAGO 2014 and related EXPO ART WEEK events.

Jeanne Greenberg Rohatyn with work by Huma Bhahba at Salon 94

Marianne Boesky with work by Roxy Paine in her booth

Michael Janssen with a Shaan Syed painting in his booth 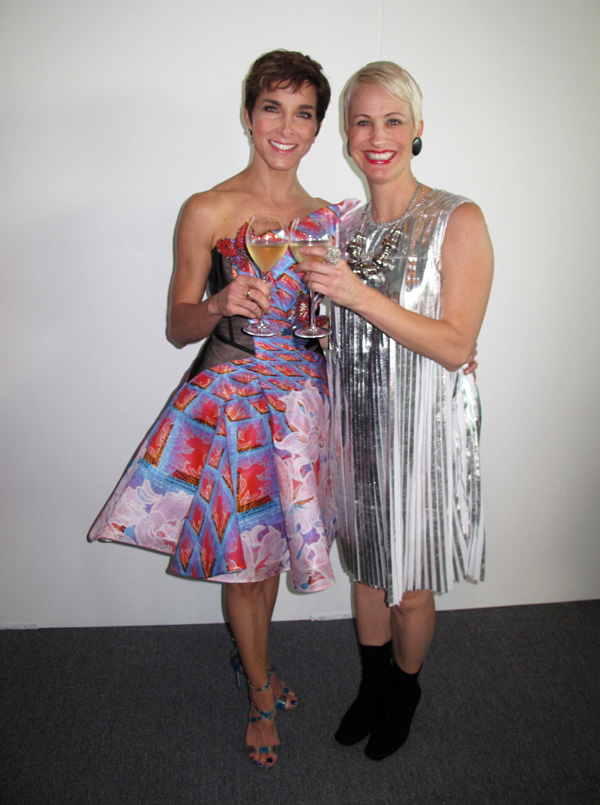 Longhouse Projects director Nicole Will with an installation by Ana Cardoso

Pavel Zoubok with work by Charles McGill in his booth

Artist Saya Woolfalk with her IN/SITU installation at the fair

Susanne Vielmetter with work by Patrick Wilson in her booth

Artists William Pope.L and Kori Newkirk at the fair