Hudson of Feature Gallery Dies at 63

Robert Kennedy once said, “Each time a man stands up for an ideal, or acts to improve the lot of others…he sends forth a tiny ripple of hope.”

On Sunday the art world lost one of its finest leaders. Hudson, the owner and founder of the gallery Feature Inc., passed away of natural causes at the age of 63.

For nearly thirty years Hudson triumphantly surged life into art. Known for his fearless grassroots mentality, he held with such eloquent poise the commitment to art itself and not just market trends. Feature Inc. opened on April Fools Day, 1984, in a second floor space located at 340 West Huron Street in Chicago. To open his new venture, Hudson used a few thousand dollars he received from a grant (for his own work) along with a $5000 loan from his father. After four years the gallery made the move to New York City, where it has endured to this very day. A plethora of remarkable artists passed through his stable over the years, including David Deutsch, Tom Friedman, Jeff Koons, Takashi Murakami, Richard Prince, Charles Ray, Lil van der Stokker among many others.

To appropriate from a 2012 article by Julie Chae in the Huffington Post, Hudson was a “cultural landscaper,” distinguishing value and creating the possibility for artists and their aesthetics to become recognized. He understood the capability of a dealer and what that relationship with an artist can create. Not many will or have been able to balance that capacity of influence. He was genuine and truly sincere, and was one of the few who stuck with his beliefs to the very end.

What Hudson created as a gallerist was remarkably positive. He didn’t want to just be somebody; he wanted to do something within the greater existence of art. He held together a piece of the art world that for many gets lost on their road to success. He was passionate, he was humble; he was Hudson. 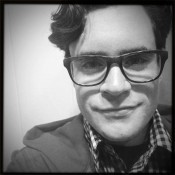 Sam Trioli is an artist and writer living and working in New York City.