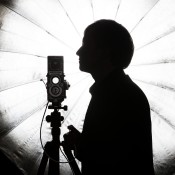 Simon DesRochers began photographing the people in his village in the south of France when he was just a teenager. His images have been featured in the New York-based magazine Photo District News, National Geographic and Colors, and displayed in galleries in France, England, U.S. and Canada. He is currently based in Paris.

articles by this author

Javier-Marín – Corpus at MUDEC – Museum of Cultures in Milan