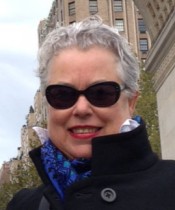 Ingrid Dinter is an independent curator and sometime writer, based in New York City. She was the owner of Dinter Fine Art, a gallery in Chelsea, from 2004 to 2009. Besides curating 35 exhibitions at the gallery, she also curated “Consider The Oyster” at Graham & Sons (2010) and “Summer Salt” at The Proposition (2011), as well as an ongoing artists film program called “Bohemian Nights”, shown at various venues including the Gershwin Hotel (New York City), The Emerald Tablet (San Francisco), and at IMC LAB (New York).

articles by this author

What You Don't Know About Two Great New York Art Shows: Misaki Kawai at The Hole and Tomoo Gokita at Mary Boone