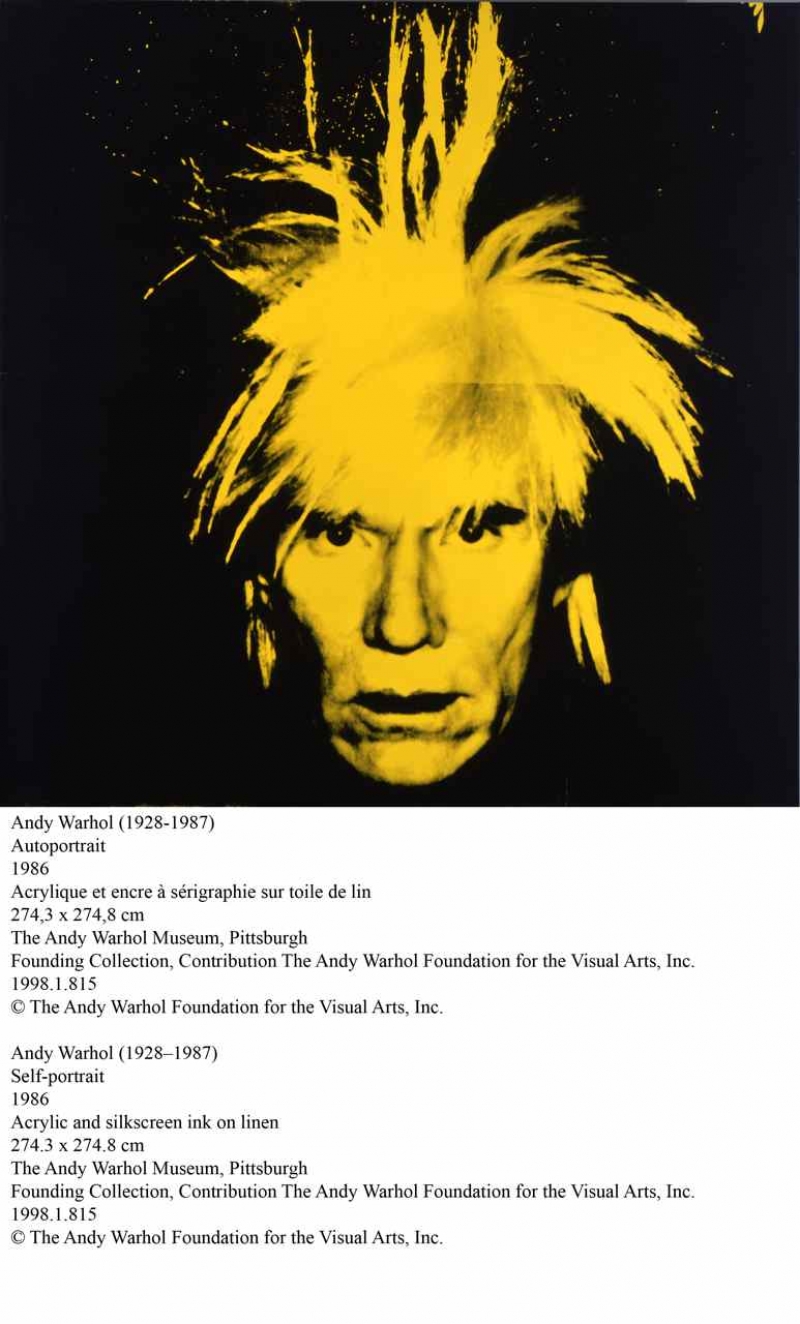 Andy Warhol sits atop the twentieth century like a bewigged gargoyle, impassively cataloguing his obsessions (our obsessions) with fame, sex, and the glamour of personalities and pop culture. Warhol Live: Music and Dance in Andy Warhol's Work catalogues these obsessions for our eyes and ears, and lays out the possibility that an aesthetic response to life may be the most justified response of all.

Art is everything and everything is art: Therefore art is religion and religion is art. Whether Warhol was or was not a believer is besides the point. Music and dance are among the earliest manifestations of religious ritual. This exhibition is ostensibly about Warhol's response to music and dance. Yes, he regularly attended Saint Vincent Ferrer Church in Manhattan. But his other rituals included Max's Kansas City and Studio 54. He collected celebrity friendships as well as kitsch cookie jars. And considering the media record, he must have attended thousands of New York and other city openings in every branch of the arts, a practise as focused on the experience of the opening as ritual as the performance or exhibition itself.

Is there a connection between Buddhism and Brillo boxes, featured here in repetitive rows? Consider John Cage's comment: "Andy has fought by repetition to show us that there is no repetition really, that everything we look at is worthy of our attention. That's been a major direction for the twentieth century, it seems to me."
Hollywood features heavily here, as Warhol's devotion to its myths and rituals began in childhood and endured until his death. As Judy Garland sings "Somewhere over the Rainbow" over the sound system, we view one of Warhol's most cherished treasures, a hand-coloured sepia-tone photographic print signed "To Andrew Worhola (sic) from Shirley Temple" (Warhola was the artist's Slovak family name), received from the child star in 1941 when Andy was twelve years old.
In another room, alongside one of the famous platinum wigs Warhol wore in the 1980s, we view and hear an RCA Preference recording of David Bowie's song "Andy Warhol," the pre-release disk inscribed by the singer, "To Andy with respect 1971." The familiar silkscreen portraits of Rudolf Nureyev, Martha Graham, Mick Jagger and other iconic dancers and singers line the walls.
One area of this exhibition concentrates on artifacts from Studio 54, the epicentre of New York club life from the late 70s to the early 80s and Warhol's constant haunt. At Studio 54, where the artist mingled with the celebrity saints and sinners of the era, Heaven was getting in and Hell was being excluded. Inside, the club was more like purgatory with possibilities, a sonic, visual and kinetic embodiment of Warhol's Wagnerian quest for the total artwork that began with his Exploding Plastic Inevitable multimedia events in the 1960s.

Products of our time, we like the artist are observers all. Opening our eyes, we sometimes search for meaning. Part of the meaning of Warhol's art, we may speculate, is an ingenuous knowingness—however oxymoronic that may seem. Our lot is to experience, not to "know," at least not with finality. Science, philosophy, religion, art, dance, music—aesthetic artifacts all. This exhibition offers us an opportunity to contemplate that mystery. 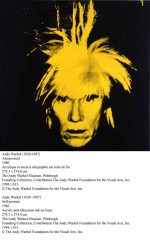 Robert Kilborn is a Montreal writer.