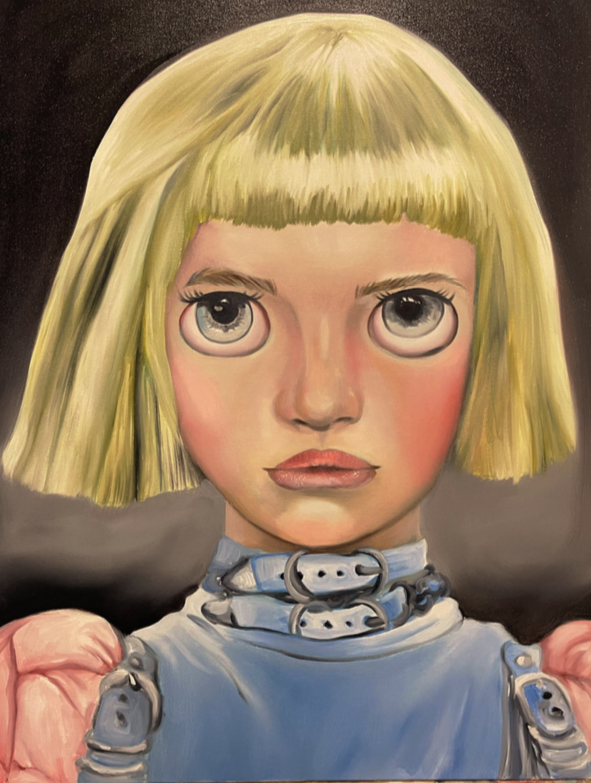 Portrait painting has historically been an act of erasure. From John Singer Sargent's Madame X to de Kooning's Woman, II, aesthetics typically overwhelm and, in many cases, become a stand in for the original flesh and blood model. This problem is peculiar to portraiture like no other genre. While a landscape, be it painted or photographed, serves as a means of preservation or documentation, portraits necessarily extol the character of the person involved: a personality decked out in all the accoutrements of his or her social class, redressing their individuality in quasi-universal symbolism. Whatever is unique about these historical figures, the quietude of their thoughts when they overhear themselves in solitude, is rarely, if ever, explored by portrait painters. 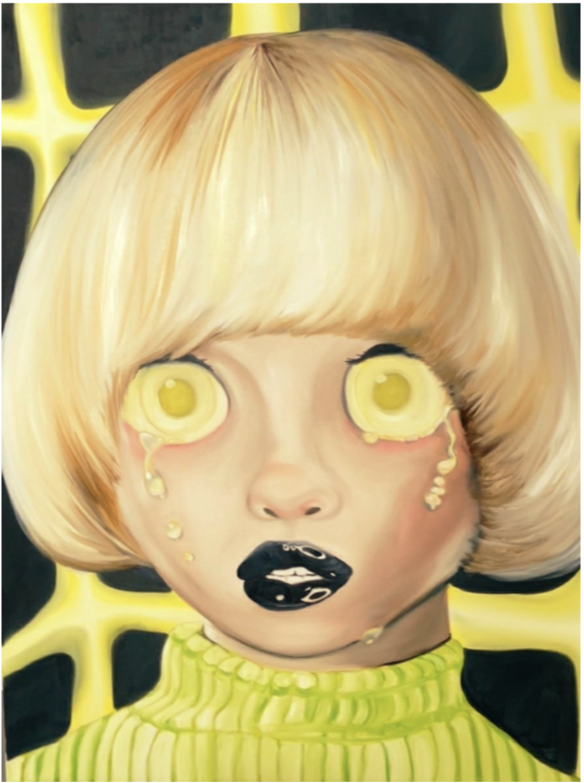 In Flow My Tears, which exhibited recently at BARK gallery in Berlin, artist Charlie Stein moved to correct this long neglected oversight. Against an AI generated depiction of a dark and stormy sky, replete with clouds of an airbrush-like quality, she didn't borrow from the real world of flesh and blood entities, but opted to make her portraits dramatizations of technological devices. 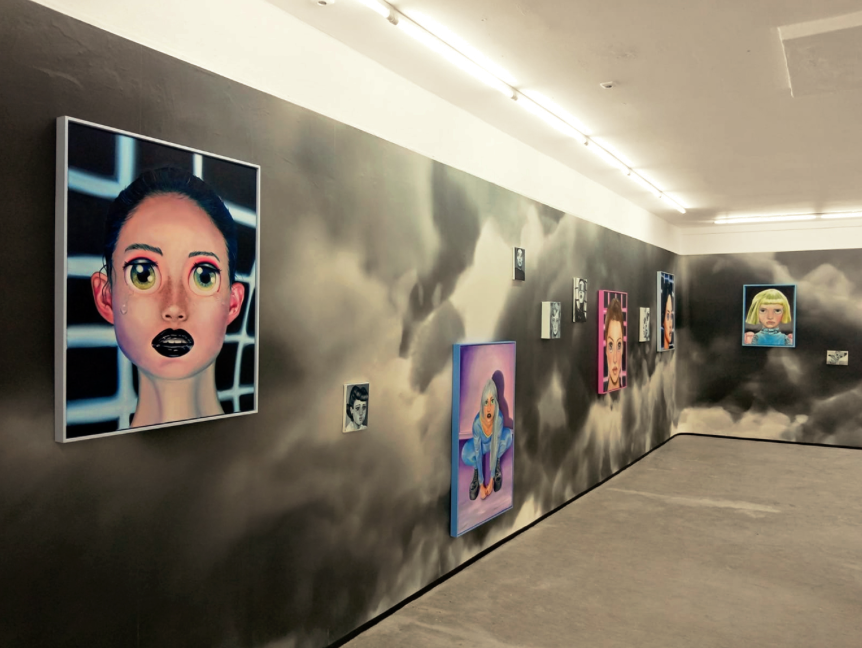 In line with traditional portraiture, the women Stein paints simultaneously have an air of timelessness, and all the markings of contemporaneity. Her women designedly showcase a sense of luxe specific to classes of persons who define privilege by access to technological devices. The fascination with gadgets, with updated smartphones, and constant attention to the latest TikTok trends, all come to a head in Stein's paintings. This is because her girls are, each and every one, robots: humanoid personifications of digital designs and applications. 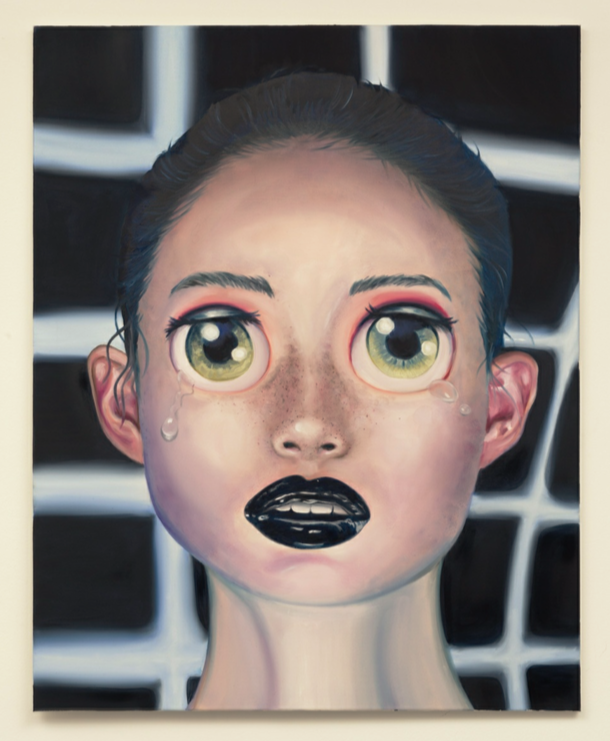 Stein’s 2021 work, Application (Tess), is quite explicit about this. As a digital application taking on all the features of flesh and blood embodiment, this figure preserves the same well-designed formalism, the same prefab and "smart" (i.e. programmable) focus that apps generally display. And just like the features of an app, which retain a functional identity across multiple interfaces and platforms, the girl's features are reduced to stark essentials: neatly cropped hair with bangs, manga-like eyes, a fulsome pout. All of these signifiers, which usually indicate seduction, are here robbed of their erotic allure. However much this person appears as someone who can be possessed, she remains a facade, a thing rather than a consciousness who can consensually give herself. As a personification of an app, she remains a public utility: something everyone can use, but which no single user can claim ownership of. 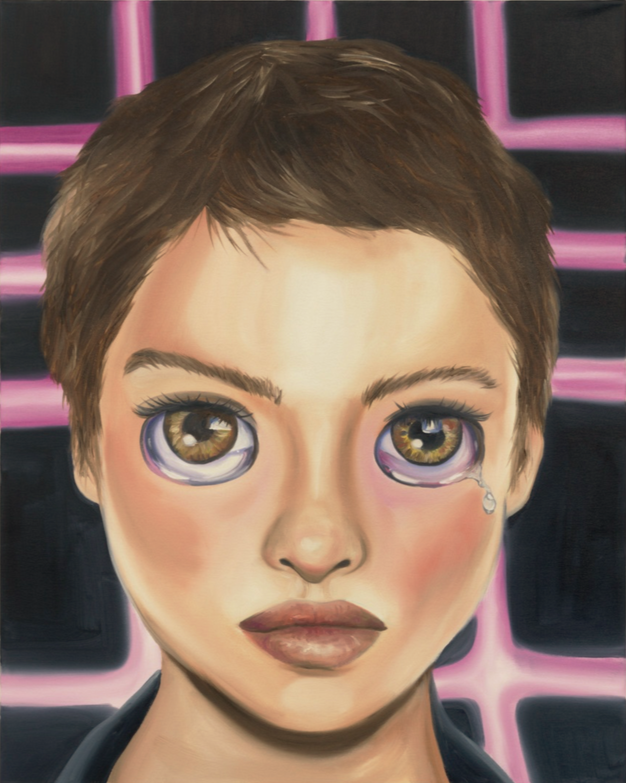 Traditionally, portraiture, no matter how unique, had always radiated the allure of mediation. Sargent's portrait of Madame X was originally only viewable to people of a similar economic caste as his sitter. Sexually, she was only available in similar ways. The familial portraits dispersed along the walls of aristocratic homes were only accessible to other aristocrats, as well as close family servants. In Stein's universe, of course, the viewers of her paintings are slaves to the reign of technique. We’re all servants to the apps that have democratized experience, creating a scenario where rich and poor depend on the same technologies. 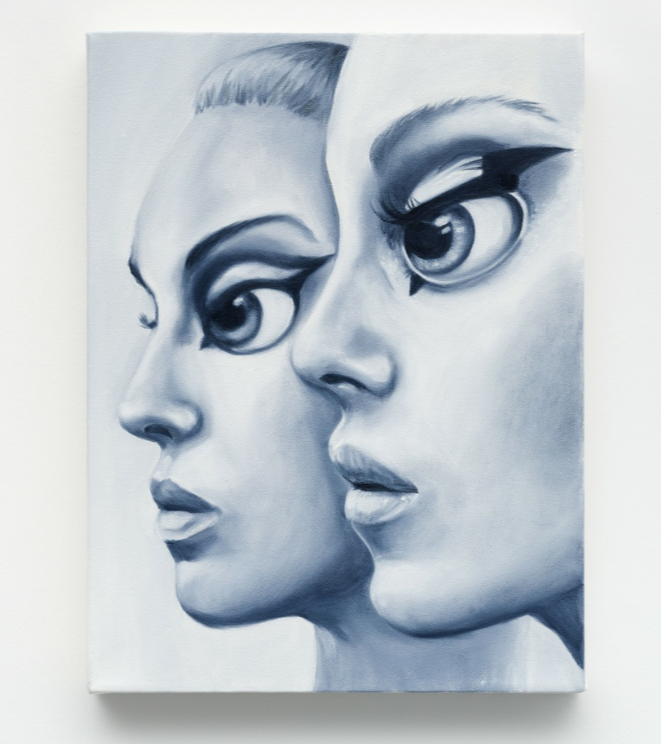 It’s for this reason, perhaps, that Stein's figures tend to be absolutely centralized—they fill out the majority of the canvas and allow little room for negative space. In this, Stein's women are less seductive than inevitable. Whatever intimations of romance or feminine allure they encapsulate is swallowed by how technology itself deprives us of our moral agency when confronting the possibilities of experience. The manga-like, one might almost say, perfectly open eyes her figures display suggest a state of constant watchfulness, of perpetual surveillance. Who would dare to commit a crime, knowing they could never do so without witnesses? Who needs to engage in wonder, when all the information in the world is only a Google search away? The spellbinding, lens-like stare of Stein's humanoid women peers into our soul, like the membranous light of a smartphone in a dark room. WM