The Hudson Eye: Creative Placemaking at an Inaugural Arts Festival

Whaling, bordellos, and the elaborate home/studio of America’s most famous landscape artist, Frederick Church, put Hudson, New York on the map in the 19th century. Today, the town of Hudson is revitalized with over 20 art galleries and a 10-day, inaugural arts festival, The Hudson Eye, focusing on multi-disciplinary events and community placemaking. Art shows curated for repurposed buildings (performances and exhibitions) in a defunct school (immersive installation by John Bock at Second Ward Foundation), a powerful dance event in a reclaimed industrial factory from 1880, once functioning as a knitting mill, foundry, and glue factory (Basilica Hudson), and contemporary art films projected on a vacant building, get a rise out of some community members, resulting in censorship by local police, flexing their muscle through the volume of their car engines, effectively obliterating the sound of the video, in a place some have named, “the coolest town in America.” 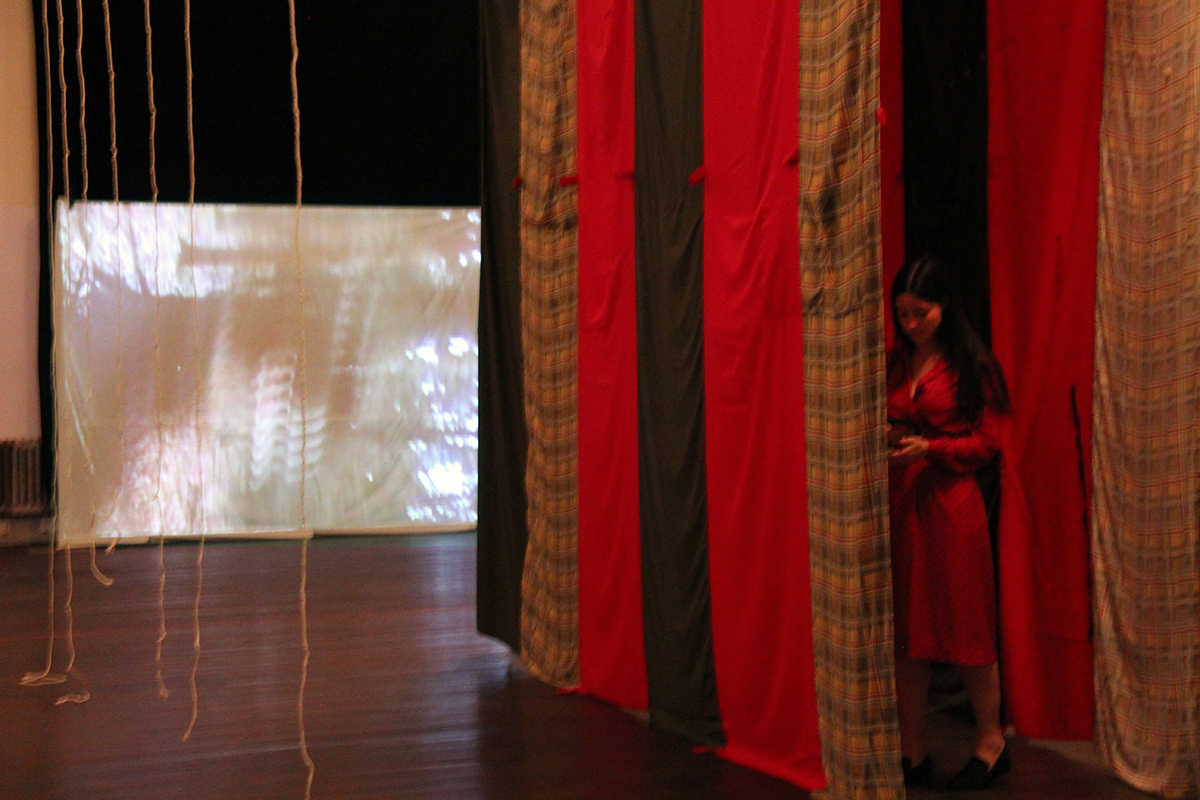 Hudson is a favorite among trendy urbanites seeking a weekend getaway or country property. North of New York City, it’s an aesthetically pleasing town along the Hudson River, devoid of public transportation or a supermarket, issues addressed in Hot Topics festival panel discussions. The talks focus on global issues with local interest: food sustainability, opioid crisis, and ecological concerns. These daily salons take place in the Hudson Opera House, a beautifully restored building with a deep history, having served as a venue for speeches by notables Ralph Waldo Emerson, Teddy Roosevelt, Susan B. Anthony, Elizabeth Cady Stanton, Clarence Darrow, and Franklin Delano Roosevelt, who launched his political career here. This oldest surviving theater in New York has been a bank, city hall, police station, poultry show venue, and theater presenting everything from jazz and opera to the circus.

The Hudson Eye is a fledgling festival–with a signature mescal cocktail–showcasing important art with 33 artists and speakers in 14 venues. Despite growing pains and need of more organization, the quality of the work is paramount. They present interesting, contemporary works such as Canyon, a film by Serbian documentary artist Tijana Petrovic´. It is a fluid, textural piece with a slow pan of a canyon, which has been created due to environmental and man-made changes from the creation of Lake Powell and its dam. This Arizona canyon wall emerging from water is explored in a 45-minute film, accompanied by an appropriate chamber music score of composer David Behrman (founding member of the Sonic Arts Union in the 60s). The film treats a gritty topic with an alluring gentleness. The mesmerizing images with unexpected perspectives of the sculpted canyon walls marked by erosion from the impact of the wind and water over time were filmed from a boat. Petrovic´ speaks of the instability of nature’s patterns: “Like the man-made lake, it is a product of human intervention in the landscape.”

Curator Aaron Levi-Garvey paired Canyon with shorter videos by the well-known Serbian artist Marina Abromovic´ (born in Belgrade), a filmmaker and performance artist of another generation. She served as a professional, female role model for Tijana Petrovic´, without guiding her aesthetic path. Abramovic´ employs her body as the subject and vehicle for much of her work, often testing the endurance of her body and mind in pieces performed at MoMA and the Venice Biennale. At the Hudson Eye, her work is presented through film rather than live. 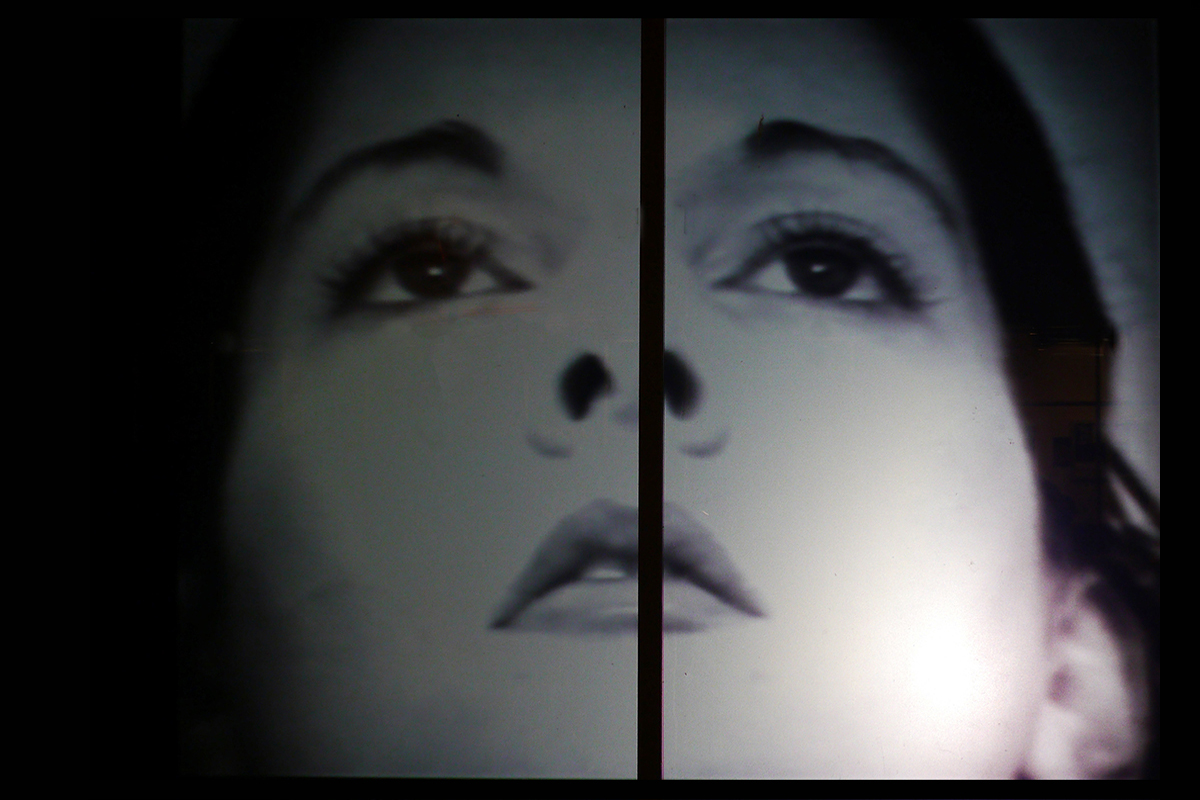 Jonah Bokaer, a Tunisian-American dancer/choreographer has toured internationally, but formed a particular connection with the Hudson community, where he founded The Hudson Eye Festival. His riveting piece, Dry Docking shines the spotlight on the plight of refugees fleeing from North Africa and the Middle East to Europe. While Bokaer is a concerned New Yorker, he describes his father as “a Displaced Person while migrating from Tunisia to a camp outside of Marseille following World War II, and once again after the 1957 liberation of Tunisia as a French colony/protectorate.” Bokaer is well aware of the many refugees who have lost their lives during their search for a new home, and his piece–about the journey of seeking refuge–references this. He prefers not to make an overt statement regarding human trafficking statistics, since as an artist he traffics in choreography, the arts, installation, and metaphor. 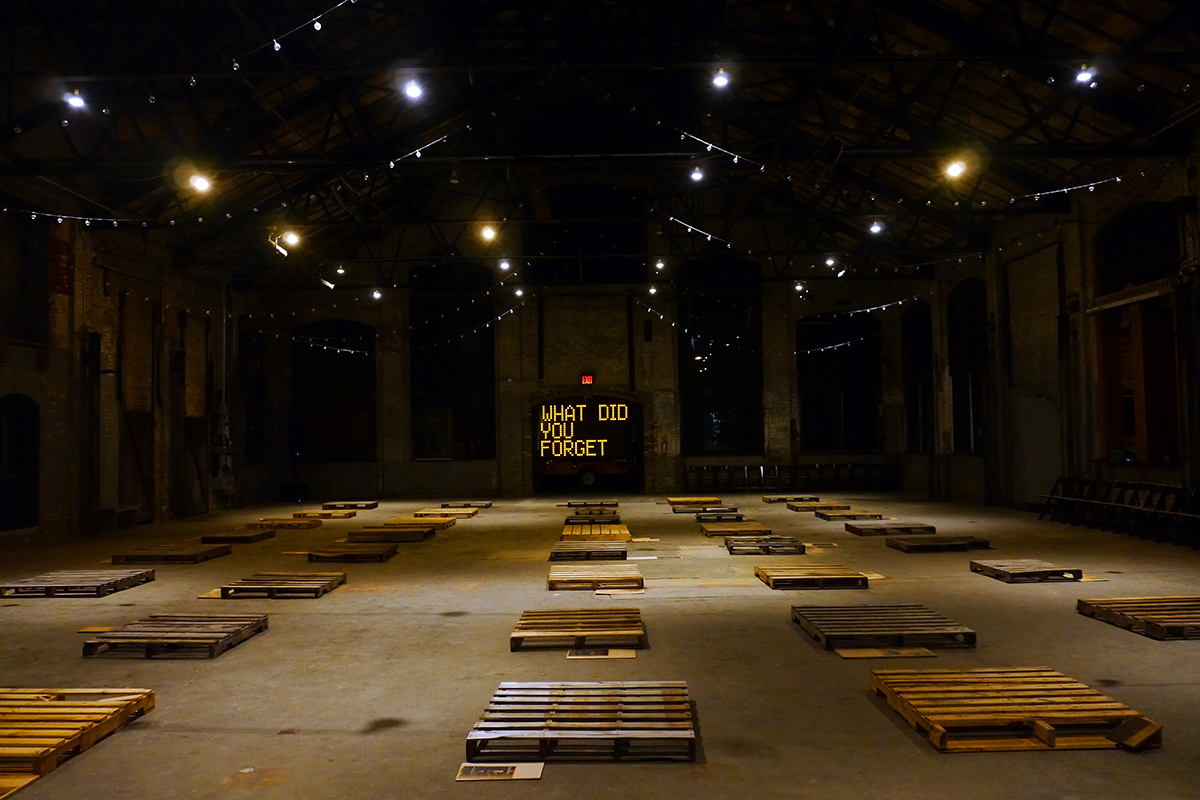 Collaborating with New York-based visual artist Rachel Libeskind–who holds three passports and claims to have no national identity–Dry Docking is punctuated by a highway style screen flashing, yellow LED lights with phrases (sans punctuation) such as,” What Did You Leave Behind,” “The Land Has Become Unfamiliar,” and “Ship Wrecked, Seasick, Bound Together By Finite Space.” Some of these words are also expressed in recorded narration along with contextual sounds broadcast through a blown-out, scratchy audio system, making them difficult to decipher.

The dancers in Bokaer’s company leap across wooden palettes, sometimes with lyrical, elongated extensions, and at other times searching for balance both literally and metaphorically, as the palettes wobble, perhaps alluding to the shaky ground for the travelers en-route to a new land. Both the solo and ensemble work of the dancers is mesmerizing as I grapple with thoughts of the vast numbers of refugees who died crossing the Mediterranean Sea in recent years. At times the company members, including Bokaer, pause from dancing, gazing pensively at images and maps on hand-held, wooden planks reminiscent of a difficult voyage.

Bokaer says: “Dry Docking is about the interrelationship of migration, choreography, and cartography (via the image transfers of maps onto wood, made at the Robert Rauschenberg Foundation Residency). It is a collaboration with my dear friend Rachel Libeskind, who created three stunning installations to fuse with the choreography. Rachel and I share many thematic concerns as artists, including a careful lens onto the various diasporas of our time, issues of memory and remembrance, and wishing of course, the role of the body in performance. Dry Docking brings these concerns together into an interwoven whole. It was commissioned by Mana Contemporary, Art Basel Miami Beach and for The Hudson Eye is site-specific to Basilica Hudson, curated by Aaron Levi Garvey.” The collaboration and visual landscape make sense since Rachel Libeskind, who blurs the boundaries of a visual and performing artist, describes her work as: “creating unexpected connections between aesthetics, history, culture, and the society.”

Performed at Hudson Basilica, a venue with the feel of a NYC industrial loft space, Dry Docking succeeds in addressing the fundamental aims listed on festival posters scattered around local storefronts: “Stimulating Creativity, Expanding Diversity.” It’s also a reminder that the arts are a way to share stories and experiences.

Curator Aaron Levi Garvey believes in “creative placemaking.” It shapes community from a grassroots level, as places take on identity and revitalization beyond geographical space. Placemaking adds vitality to community, where historic and cultural resources become integrated into contemporary settings, creating an enhanced local identity and stronger sense of place. It serves as an economic driver, creates professional artist development opportunities, and distribution of funding/programming within alternative spaces.

“Creative Placemaking is something I have dedicated my curatorial practice to, but also Jonah Bokaer Arts Foundation has spent much of its existence and core work within Hudson and Brooklyn focusing on this concept as well. The aim of this practice within our work is to position dance, performance, and visual arts as the tie that binds within sustainable community development,” explains Garvey. 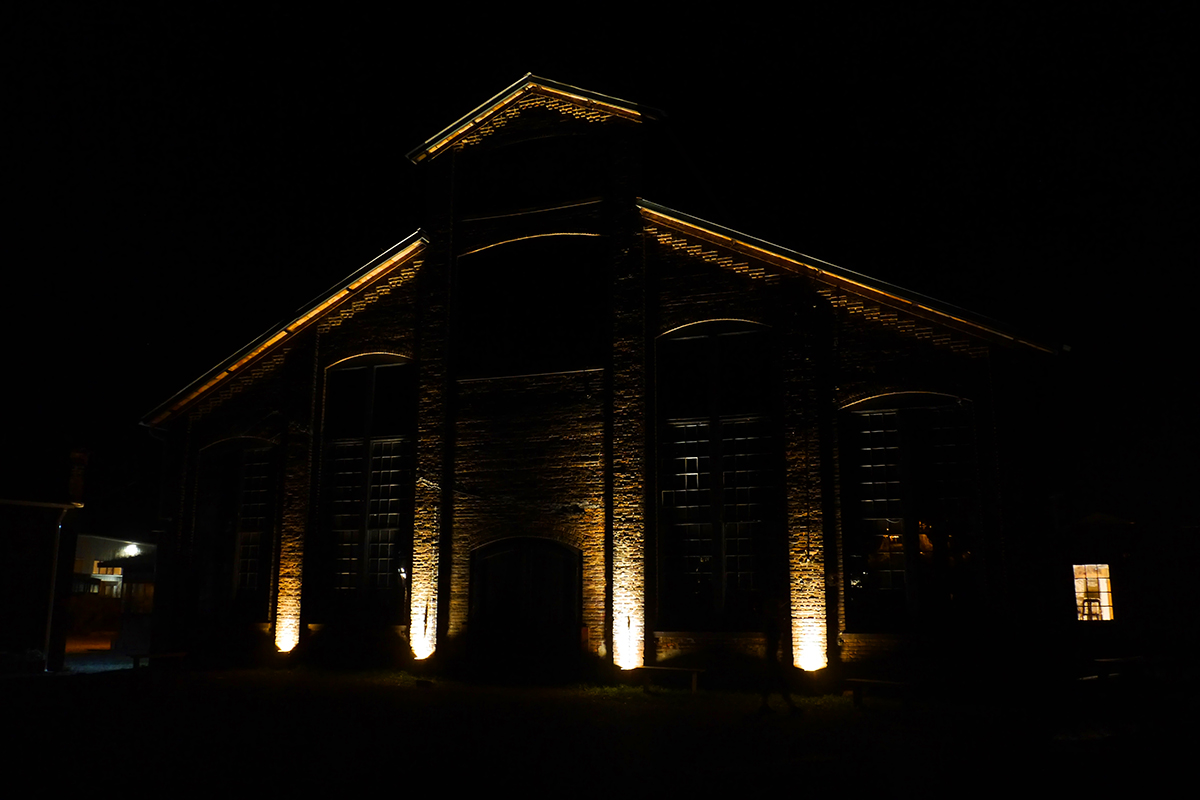 The Hudson Eye Festival is creative placemaking in action. Hopefully it will encourage civic engagement, contributing to quality of life while building a collective identity for Hudson and its environs. Optimistically, next year’s fest, will include a map of the venues, while introducing and welcoming growing numbers of visitors to a lively arts scene, with evolving creative placemaking and transformative arts experiences. WM 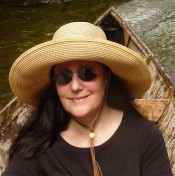 Iris Brooks is an author and former Editor of EAR Magazine, who has been fortunate to travel to, photograph, write about, and play music on all seven continents. Hundreds of her arts and culture stories have been published in many magazines and her films have been screened at museums, universities, and at the United Nations. She particularly enjoys covering arts festivals from Australia, Bhutan and Borneo to Madeira, Mexico, and Morocco. Learn more about her and collaborating artist/photographer, Jon H. Davis at Northern Lights Studio, www.NLScreativemedia.com
9 - BIO PHOTO FOR IRIS BROOKS
Photo © Jon H. Davis
view all articles from this author