September 2009, Iran Inside Out at Chelsea Art Museum 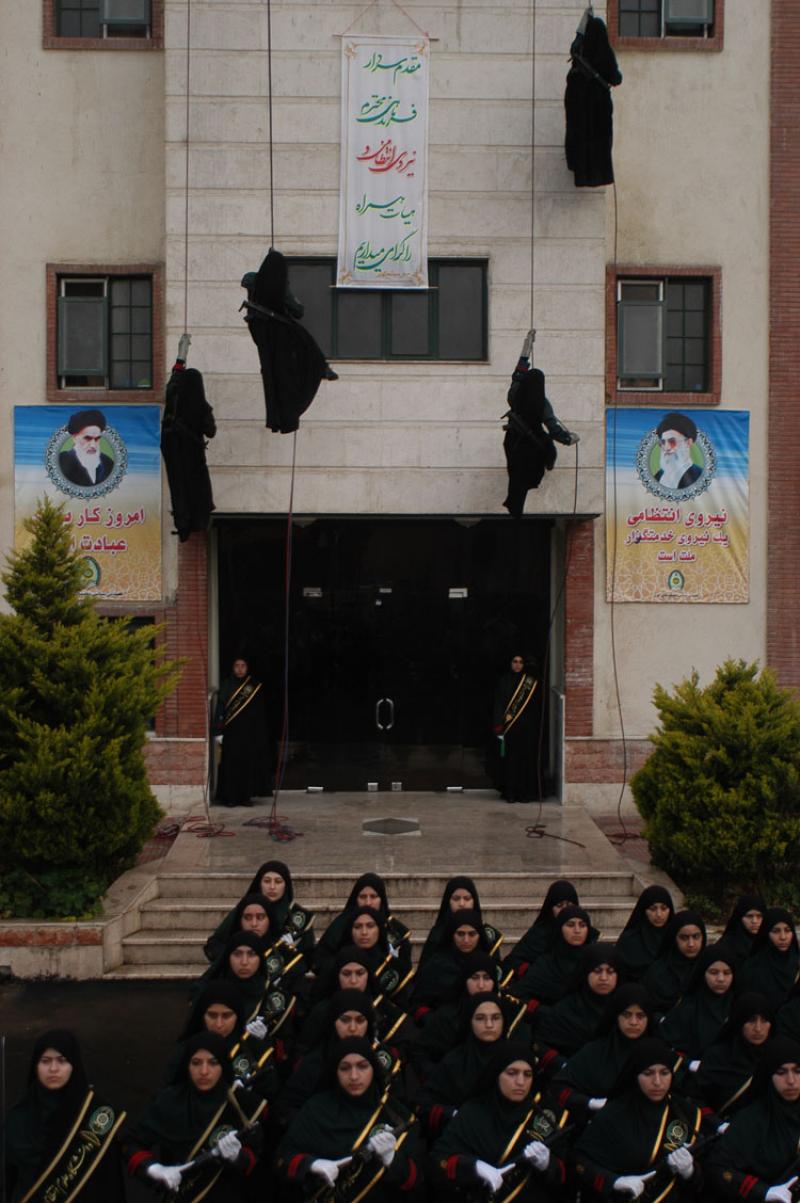 What makes art urgent? Can art still be urgent? If one is flexible enough to consider artistic value (or at least artistic potential) in new forms of social media, then perhaps the only art that can be urgent in contemporary culture is one that can become viral. Certainly one of the biggest stories we continue to tell ourselves about the 2009 Iranian rebellion is the way that urgency was multiplied via cell phone.

Does that mean that the art, traditional by Twitter standards, in Iran Inside Out is not urgent? Maybe. But it doesn’t mean that art that isn’t urgent can’t be provocative, a fact which is evidenced in so many of this group exhibition’s excellent pieces.

What this show lacks in urgency, however, it gains in craft. Often in group shows of this size (and often, it seems, in political art) one finds an uneven range of skill. I was pleasantly surprised, therefore, to find that the vast majority of the pieces in Iran Inside Out were very carefully crafted. From the photographs of homosexual Iran (Queeran), to the mosaic in Raya Akhavan’s 2009 Under the Bruised Sky (Triptych), to the dissident and inspirational faces of Iranian leaders and critics, painted on rice sacks and hung, like the hull of a departing boat, over the first floor gallery. These are pieces that don’t race forward, but ask us rather to linger, to allow subtlety to appear. These are artists, after all, reflecting on issues that have been simmering for a long time beneath a culture—a country—which has only recently thrust its often invisible issues into the open.

And perhaps the fact that for the last two decades or more, so much of what appears on the walls of this exhibition has been veiled (literally and figuratively), is part of the reason why the subtlety of this show is so striking. Much in the way that the event of the Internet has washed away our consciousness of life before it, the event of the Iranian election this year has upturned our perception of the (in)visibility of sex, rebellion, and repression hidden at the heart of Iran. It’s as if Iran has always, urgently, been talking about these issues, when in actuality, only the bravest artists have pushed the boundaries of public view.

Some of the images are difficult to grasp as an American with no intimate connection with Iran. Vahid Sharifan’s Queen of the Jungle (If I Had a Gun) struck me as opaque; it was thoughtfully composed, but I couldn’t quite hear what it was thinking. Others are more comprehensible through the pictures and videos we’re saturated with in the west. Our mythological understanding of Iran. Often it’s uncomfortable as an American to look at the art in this show and try to parse out how much of what is understood comes through the art itself, and how much one imagines ones understands through what one imagines Iran to be.

But it is an important task, this parsing. It is a task that political art in particular demands of us, and certainly the task of a political art generated in a foreign country and viewed by foreign eyes. (The task of anti-Orientalist art.) And there is no better show than this one to gaze reflectively on urgent issues in a country from which we are distant and yet, paradoxically, deeply intertwined. 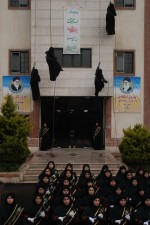 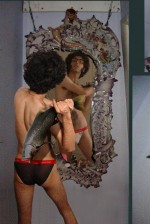 Since 1999 Joanne Hinkel has been writing about urban culture, food, and mostly about art, for alternative magazines, weekly papers, and websites. She has written for The Boston Phoenix, Stuff at Night, F Newsmagazine, UR Chicago, Chicago Artists' News, and Film.com.
joanne_hinkel@yahoo.com