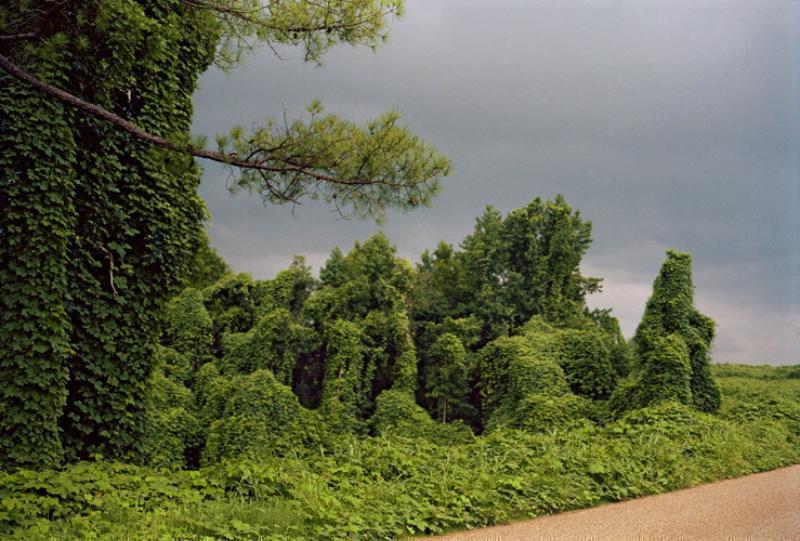 There is a forewarning of the problems with “The Visual Rhetoric of Environmentalism”—a panel presented by the New Museum in conjunction with the current exhibition After Nature—in its title. The lecture’s initial interest lay in the unusual combination of “visual rhetoric,” and when coupled together with “environmentalism” called up rousing possible discussions. An almost complete exclusion, or at best separation, of the visual from the rhetoric, however, caused the lecture to derail from the title’s inspired promise. It crashed instead through forests of irrelevant discourse, and came to a screeching halt somewhere bewilderingly far afield. Panel members Charles Blow, Mitchell Joachim, and Dr. Cameron Tonkinwise, mediated by a youthful Brian Sholis (editor of artforum.com) showed discouraging environmental graphics, futuristic cars that kiss and fold, and a revised city plan for Manhattan substituting parks for buildings—all three panelists appeared hopelessly lost within their specialized topics. The two rare and provocative moments in the lecture came about only when the visual and the rhetorical collided together, despite the panelists’ efforts, in a collaborative conversation.

The opening highlight of the panel was Brian Sholis’ lightning brief lecture on landmarks of “environmental imagery.” He began with classic images of the American west, hinting at the propaganda inherent in a “pure” and overwhelming nature, nature seen in stark contrast with urban America. Sholis flipped rapidly through images of sweeping landscapes—exemplified by the photographers Carleton Watkins, William Henry Jackson, and later Edward Weston and Ansel Adams—that today are seen as icons of exploration and freedom. Equally iconic images from successive generations questioned how we understand the environment, and our imprint on it, through environmental imagery. This overview then also questioned, from the vantage point of a new century, how environmental knowledge has been presented, absorbed, and interpreted throughout the decades. Sholis’ lecture halted in 1972 on the Apollo 17 photograph of the earth resembling a “blue marble.” To half the audience it read as an image taken before we were born, significant in that it is taken for granted, and for others it recalled a moment of visual history. In reexamining our popular pictorial notions of landscape, Sholis found a way to make, as he put it, the “sustainability discussion, sustainable.”

The ending highlight of the afternoon came from an audience member who articulately questioned the awkward relation between the lecture and the exhibition, which set criticism of the artworks’ perspective running rampant though the panelists. Joachim suggested the mood of “After Nature” amounted to “a lot of people panicking about what is already the case.” The question continued to provoke a lively debate as the panel argued over its understanding of the ideas of the absent artists. The audience and panel could not forget, even as they tried to dismiss, Maurizio Cattelan’s equestrian statue of a headless horse delicately protruding from a white wall, William Christenberry’s rural home devoured back into wilderness by Kudzu, captioned with “mother was right to be cautious,” and August Strindberg’s Celestographs exposed over a hundred years ago in an idealistic attempt to capture the night sky. Predictably, the stars failed to impress their image upon Strindberg’s photographic plate, and what did are most likely dust-like particles from 1894. Against the panel, it seems these artists are not heralds of doom but reveal a curiosity and interest, be it in a taxidermy horse or through a gross misunderstanding of photographic principles, which underlies even our most destructively careless actions. Strindberg’s plates, in a manner similar to human culture, compel serendipitously through their failure.

A pivotal piece in “After Nature,” looped clips from Werner Herzog’s 1992 film Lessons of Darkness, perfectly encompasses the mood of the afternoon. His documentation of the Kuwait landscape after the gulf war, writhing under fire and oil, depicts a destroyed beauty and a motivation for its recovery. The lecture, as it turned out, was no more a problem solving discussion than “After Nature” was a depressing rant of frustrated artists. While we certainly don’t exist in an idealistic era on our blue marble earth, the various shades of humor, myth, and magic-realism that sporadically emerge in the artworks presents a feeling of revival and awakening rather than despair and extinction.
whitehot gallery images, click a thumbnail. 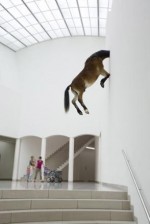 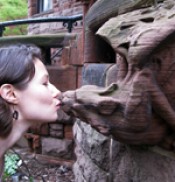 Alissa Guzman is a culture critic living and working in New York City.