Pictures from a Pandemic: Emilia and Ilya Kabakov with Anthony Haden-Guest

Emilia and Ilya Kabakov, The Man Who Flew Into Space from His Apartment, installation view

No artist who worked in Moscow during the last decades of the Soviet Union needs instruction in how to survive lock-down and social distancing. Ilya Kabakov was a leading figure there amongst the “unofficial” artists, a small group, constantly under the eye the KGB, making his own while he was putting bread on the table by illustrating children’s books. In 1983, wearied with painting, he launched himself into a new practice, the creation of three-dimensional environments, each being richly imagined, resonant with story and to be experienced by onlookers directly.

Kabakov put together of the earliest of these, The Man Who Flew Into Space from His Apartment, in his studio, making metaphoric use of the Soviet space program for a piece that busted out of confinement. He wasn’t free to present such work more publicly in Moscow but word was getting around the wider artworld and the photograph shows the version that was re-made and acquired by the Pompidou Center, Paris. Kabakov was himself travelling also, getting to Western Europe in 1987. He made it to New York the following year. He had by then learned that he was not alone in his new art practices, indeed that the form had a name: Installation.

Emilia and Ilya Kabakov, How to Meet an Angel

In New York also he met up with Emilia, who had arrived in 1973. A musician and art consultant, they are cousins and grew up in the same house in the Ukraine. He had loved her then, they were shortly married and How To Meet An Angel is just one of the art projects, works that pulse with both pictorial and writerly imagination, that they have been making together for thirty years. And showing world-wide. Angel even got to a Moscow gallery, the Garage, with an angelic add-on. “We made  a figure of "The Angel'  with a little drone inside, “ Emilia Kabakov says. “It was appearing twice a week flying around, trying to reach "The Man' and then disappearing into the sky."  - AHG

Who ever said that sitting at home for three months is boring?

Actually, just the opposite: Endless possibilities. You can, finally meet the person you never had time to meet before: Yourself.

And you can talk to your husband or wife about everything, not just things directly connected to your everyday work or life. And, of course, as an artist you can go through your works, trying to figure out if they will survive different times, situations, problems: If THEY WILL BE TAKEN INTO THE FUTURE.

Because we know for a fact: Not Everybody Will Be Taken Into The Future. But here we are. Just listen to the titles:

How to Meet An Angel.

The Man Who Flew into Space from His Apartment.

'The Man Who Flew Into His Painting.

They all about confinement in your home and the desire to escape, to be free. By the end, no matter what the reason was, is or will be: WE ARE FREE.  Or WE WANT TO BE FREE. 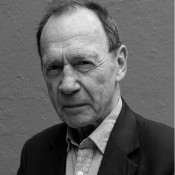