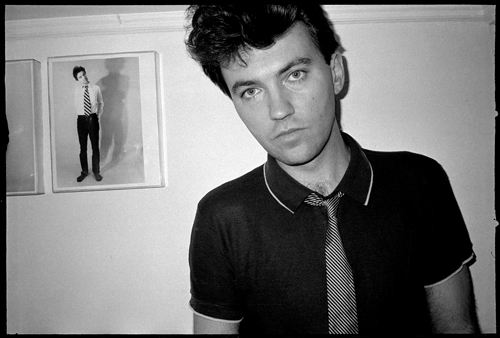 
I’m not sure where, but somewhere along Bowery, sometime during the mid-Seventies is when I had the good fortune to cross paths with the Neo-No Wave provocateur Diego Cortez. Our connection, more friendly than thick-as-thieves, began to develop during the late winter of 1979 when I started working the Mudd Club door. Prior to that I was merely engaged in a one-sided bit of wary admiration.

Diego Cortez, the scholar, curator and behind the scenes art world influencer was born James Curtis, September 30, 1946 in Geneva, Illinois. He graduated from Illinois State University and earned a masters degree in 1973 at The Art Institute if Chicago studying film, video and performance art. The name change—a nod to the Latino neighborhood in Chicago where he’d been living—and a move to New York City quickly followed.

Diego’s early influences included filmmaker Stan Brakhage, videographer Nam June Paik along with conceptualists Dennis Oppenheim, Vito Acconci and the avant-garde musician Laurie Anderson with whom Cortez briefly shared her Lower Manhattan loft. This was all just a beginning as Diego soon found himself deep in the scene that became centered around the seminal Punk nightspot CBGB. Connections were formed, friends were made and the spirit of creativity shared among young artists and filmmakers, musicians, photographers and writers flourished. Those inhabiting what was seen as the Punk and No Wave breakout included the designer, agitator and icon Anya Phillips along with ambulance service operator and aspiring filmmaker Steve Mass. Together with Cortez they co-founded the Mudd Club in late 1978—the legendary NYC nightspot that became an incredible incubator for a new generation of creative talent. This is where Cortez, as the story goes, met Jean-Michel Basquiat on the dance floor.

The 1981 New York/New Wave show at MoMA PS1, featuring everyone from Nan Goldin to Keith Haring, William S. Burroughs to Fab 5 Freddy to Basquiat was a watershed moment for the art world that no one, except Diego Cortez, saw coming. It was just one, if not the highpoint of Diego’s long, illustrious career—a career that offered a shining light on so many of today’s most celebrated and influential artists.

Thank you, Diego Cortez—for everything. WM 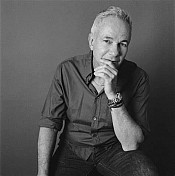 Richard Boch is a prominent figure on the downtown scene in New York City. He was one of the doormen of NYC's legendary Mudd Club and was there for every single moment.