Mixografia is a special kind of print studio, known for a game-changing set of technological innovations that allowed for truly dimensional artist editions and has attracted the patronage of a modern art pantheon from Ruscha to Tamayo, Bourgeois to Graham -- and chief among its proponents, John Baldessari. This golden lion of LA art has been working with the Mixografia studio for almost 25 years now, with their first collaborative edition coming out in 1994, and their newest being released this year. The 2017 Eight Colorful Inside Jobs portfolio forms the foundation for a comprehensive survey opening this month, spanning the totality of all the work Baldessari has produced with the studio. Whitehot visited Baldessari in his Venice CA studio in the company of Mixografia capo Shaye Remba, to discuss the arc of the friendship, the appeal of the method, and the nature of creative collaboration.

“It was all their idea!” That’s what Baldessari wants you to know about the new edition -- a series of monochrome origami-like block geometries, each with a painterly application of a single pure color. “Mixografia is wonderful. I think what is so unique about them is that I didn’t set a hand on the prints, not even a fingerprint.”

“Let me clarify!” Remba interrupts with an animated humor and melodic Romance accent. “We always have had these long conversations, and John is always giving us the cues and the ideas, and insight into what he envisions. And in this case what we did was follow his ideas -- about geometric shapes, and about color.”

They argue for a while, as only lifelong friends can, good naturedly, about whose idea it all was. It’s like an art world Monty Python sketch, punctuated by laughter.

“I loved the idea. I thought it was beautiful,” offers the artist.

Then we talk about Morandi for a while, and how these works have both everything and nothing to do with Morandi, and ideas about how a monochrome image encourages the viewer to pay all their attention to the shape of the lines and the qualities of the brushstroke instead of any image-based narrative impulse. “There are all kinds of ways to talk about color,” says Baldessari. “Morandi’s way, being monochrome, had nothing to do with color.”

He’s right of course. Eight Colorful Inside Jobs is about nothing more so than optical ideas of pure pigment. The suite is simple, pared down, mysteriously gestural, and extremely vivid. Presenting one single color, choreographed within one single shape, each image manifests its uniqueness from the same conceptual and formal DNA. And each is recognizable, not only from the wide world of geometry, but also as being items culled from elsewhere in Baldessari’s conceptually-fueled formal style. “Of course,” he notes, “you can say that about any artist, that they might isolate certain elements and examine those on their own. I can look at anything and see it only in terms of its geometric shapes.” In that way, these late-era studies operate as a reductive Rosetta Stone for the foregoing oeuvre.

This exhibition marks the first time that all of Baldessari’s complete Mixografia portfolio -- covering a 23-year history of conversation and collaboration -- will be displayed in one place. “We have a very strong working relationship, growing the work through back and forth over time,” says Baldessari. And of course the technology itself has developed over that time too, so in some ways the show is a cross-section of the studio’s whole history in Los Angeles.

“The artists have always been the propellants of what we do at the shop,” says Remba. “At first I was much more involved in the technical side of the studio, while my parents reached out to artists.” As time went on, he became more and more involved with the creative side of operations. “An idea,” he says, “at the end of the day, it needs to be developed into an object. I’d say, ‘can this be done? It’s never been done before…’ and we would figure it out together.”

“He’s been the artist in some ways, but I’m the artist!” laughs Baldessari. “Can that be made? I don’t know, Shaye. Can it?” Lots of laughing now, and more joking back and forth as to whose ideas these are and who gets to claim the title of artist in this collaboration.

“See those windmills over there?” Baldessari asks by way of explanation. He points to a back wall of the studio covered in a large grid of notes, diagrams, and about a dozen large photographs of windmills ranging from historical to modern design. “That came out of an idea about reading Don Quixote, but no one might know that. To them it’s just pictures of windmills. They could just look like tourist photos. But that’s what the artist does.” He pauses and points at me. “What’s the difference between Picasso and your face?”

“Picasso?” I offer. “Picasso is the difference, I guess.”

“Right,” says Baldessari, gently waving his hand in my direction. “He’d look at you, and see all of this fantastic stuff! But you know… You’d look at Picasso and say, yeah, okay, he has a face.”

He laughs again -- we’re having a good time now -- and I take this to mean, in the context of our conversation about purity and transformative vision, that Baldessari feels that the artist’s primary job is to look at the world and to see it differently. And for his cohort Shaye Remba, making technological incursions into the studio changes the conversation about what is possible, and therefore about what that “differently” can look like. Their shared language is texture and shape. In the case of not only these new 2017 editions but indeed of the whole 23 years of their interaction, that has meant supporting Baldessari’s prominent interest in the dynamics of the object versus image continuum. His early paintings were made to evoke a somewhat mechanical aesthetic, in font and surface and design. Through Mixografia, he has created mechanical editions that possess the distinct quality of being handmade. It’s an intriguing parallel.

From the trompe l’oeil effect of the Table Lamp and Its Shadow series from 1994, to his signature motif of spherical obfuscations and saturated color of the Stonehenge (With Two Persons) works from 2005, Baldessari has employed Mixografia’s eclectic fabrication strategies to pursue not only the appearance but the actuality of dimension and perspective. Sailboat, made in 2008, blurs the boundaries between printed edition and paper sculpture. A B C Art (Low Relief), Part II:PMBWFDLJ (Pangram), 2009, and the perennially charming Concrete Couples from 2015 both push the sculptural presence of the images deep into bas relief, classical frieze territory. These are only some of the works to be shown in the large-scale installation opening this month. The editions are finished. But the debate of ideas rages on. WM 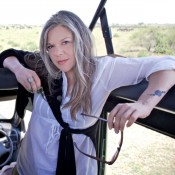