The Doors of Perception: Visionary Artists at Frieze New York 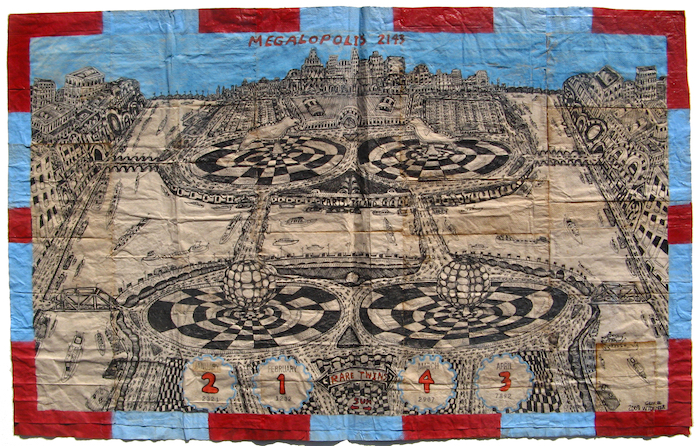 Seeing Frieze Magazine and Frieze Art Fairs co-founder Amanda Sharp on opening day of the fair I told her that I was going to write about “The Doors of Perception” exhibition, to which she replied, “It’s my favorite thing here.” It’s no wonder, with 318 works by 40 visionary artists, it’s the biggest thing in the tent.

Organized as a collaboration between Frieze New York and the Outsider Art Fair (OAF) and curated by artist Javier Téllez, “The Doors of Perception” features an outstanding selection of works by self-taught artists, psychiatric patients and self-proclaimed visionaries. 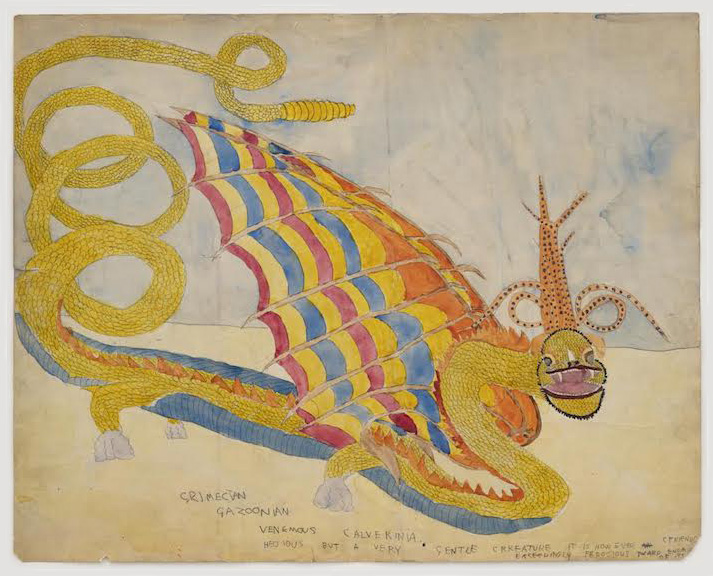 “I was invited to create an exhibition about Outsider Art and since I’m the son of two psychiatrists and have been making work about mental illness for the past two decades, this type of art has long been a passion of mine,” Téllez told Whitehot at the preview. “I’ve been looking at Art Brut and traveling to see the most famous collections of Outsider Art since my teenage years.” 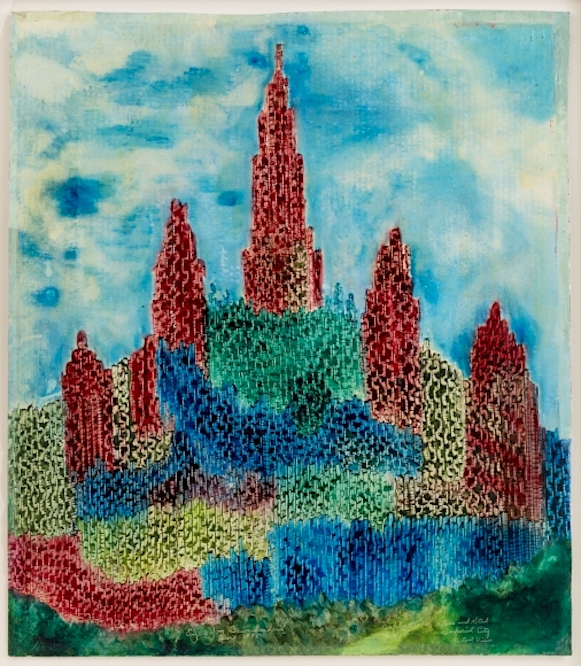 “I was allowed to select any artists that I wanted from both galleries and private collections,” said Téllez. “Many of the works are sourced from galleries that participate in the Outsider Art Fair, but a number of others came from unrelated galleries and collectors.”

The works are exhibited in a maze-like structure with hallways that twist and turn around a square floor plan and interior rooms that resemble small galleries. The walls are covered from floor to ceiling with gray fire blankets—the kind that city agencies give to homeless people to protect them from falling asleep with cigarettes and open fires. Hung on both sides of the hallways and displayed salon-style, as well as on tables in the interior spaces, the highly engaging paintings, drawings and sculptures occupy the spaces like protestors marching through narrow streets. 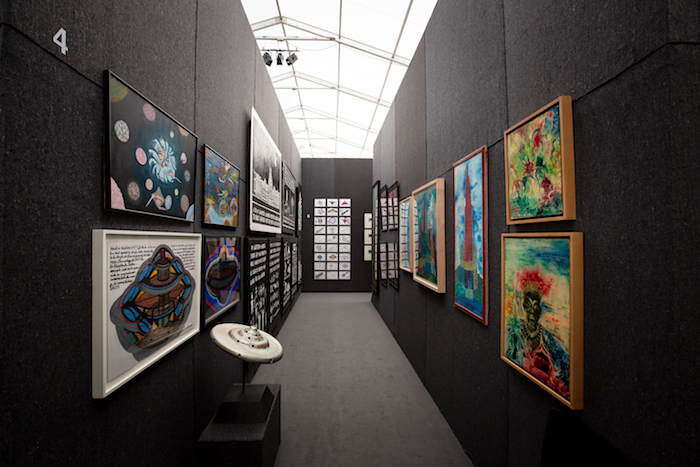 “I designed a maze-like structure that’s like a Möbius loop or a snake that bites its tail,” Téllez added. “I’ve met a number of outsider artists and visited their homes and sites of production and this is how they hang their work. A lot of people who deal with Outsider Art don’t now how to show it. One of the biggest mistakes is to show it in relationship to modern and contemporary art, which just repeats the infamous “Primitivism” exhibition at MoMA in the 1980s. Just because two things appear the same doesn’t mean they are the same. It’s important to respect difference. I used the fire blankets on the walls to protect these artists from the context of the art fair.”

There are powerful pieces in the show, including Darger's panorama with the Vivian Girls and his fantastic watercolor of an imaginary “Grimecian Gazoonian” dragon with wings; Martín Ramírez’s repeated arches, with and without people occupying them; Eugene Von Bruenchenhein’s cities of steel with buildings formed from the imprint of the edge of inked cardboard on a cardboard ground; Dwight Mackintosh’s accumulations of ink pen scribbles; and Davood Koochaki’s surreal graphite figures.

“Frieze is actually a good context for a show like this one,” Téllez summarized. “It’s on Randall’s Island, and even though many of the artworks in “The Doors of Perception” are for sale, the show is really an island within the island, which brings to mind something that Paul Laffoley once said: I am not an outsider artist, because I never go outside.”

Inside the “The Doors of Perception” is like a stroll through the back alleys of Venice—a place so full of wonder that it doesn’t even matter if you somehow lose your way. WM 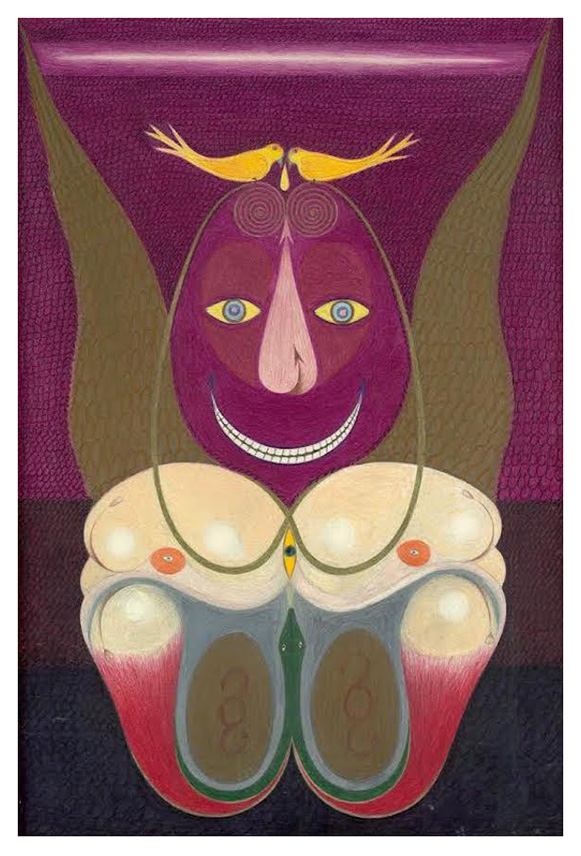 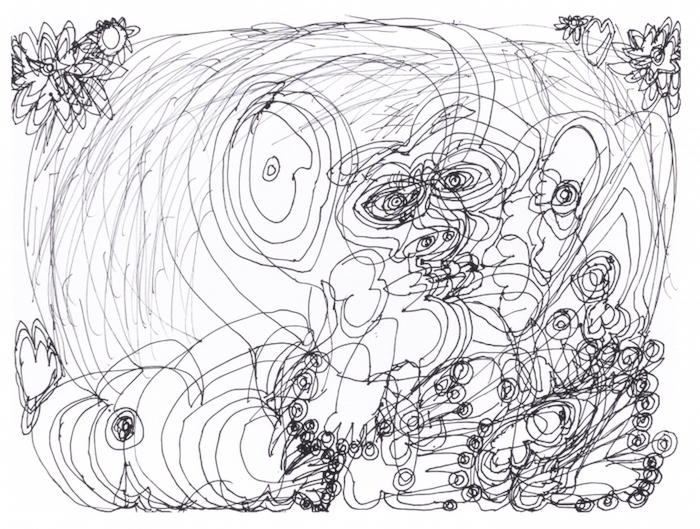 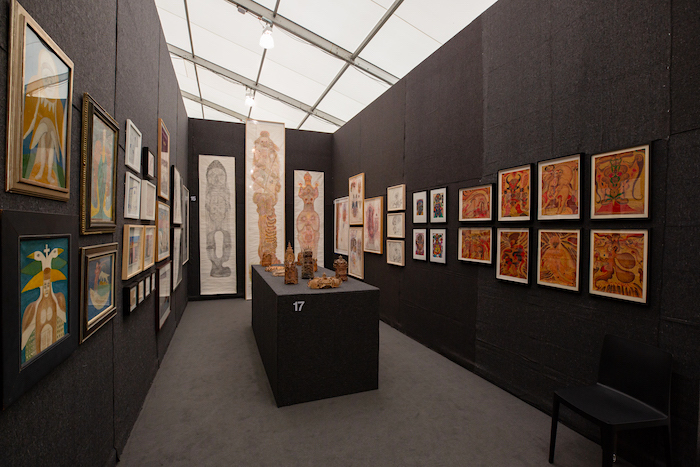 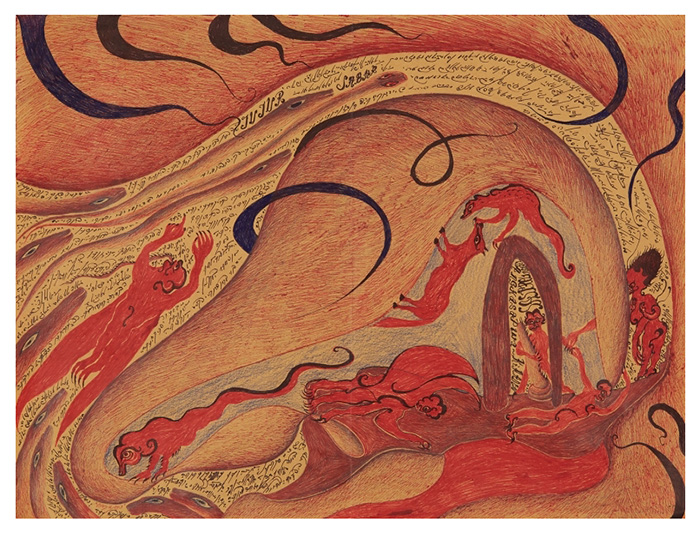 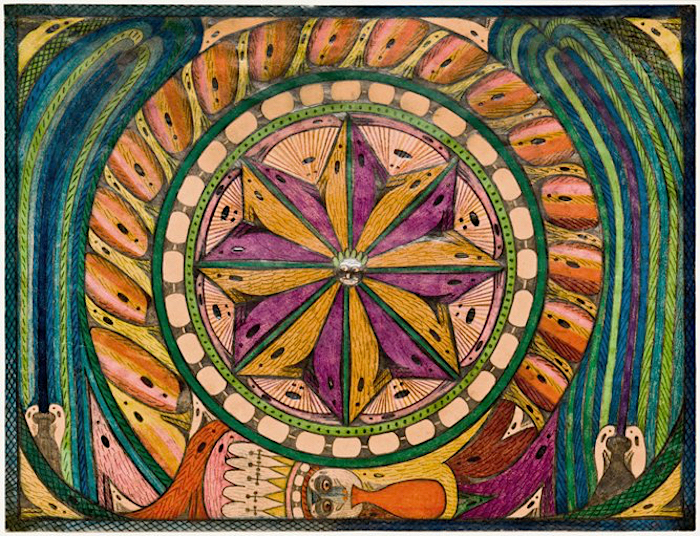 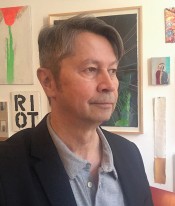