Narcissism becomes tedious, a self-indulgence that can become fatal, as the ancient myth of Narcissus tells us—in love with his own image, mirrored in a pool of water, he drowned when he tried to embrace the mirage.  The point of the myth is that narcissism is peculiarly suicidal and anti-social, for as Ovid tells us Narcissus rejected the company of other people and, more pointedly, their love.  Echo fell deeply in love with him, but he contemptuously rejected her; Ovid tells us that many men as well as many women fell in love with Narcissus, but he rejected them all, for none of them were worthy of his beauty, which was his calling card, so to say.  Beauty is skin-deep—a surface without a depth, it seems, in Narcissus’s case—and Narcissus’s superficiality is echoed in the superficiality of his reflection in the water of the pool in which he admired himself.  Narcissus is a surface with no depth, and with that not much of a self, a point ingeniously made by Caravaggio’s painting of him.  It is a small painting; Narcissus fits into it with no space to spare.  Hermetically sealed in it, he is an ironic hermit--reminding us that Samaras calls himself an “urban hermit.”  He lives in solitude in New York, dedicated entirely to his art.  Who needs anyone, who needs to love and be loved, when one loves art, loves oneself in the mirror of one’s art?

Traditionally a hermit is a person living in solitude as a religious discipline, suggesting that for Samaras making art is a religious discipline—and that narcissism is the path to salvation, for the narcissist is his own god, eventually a fallen god but nonetheless a creative god, worshipping himself by busily creating and recreating himself, as though to lose sight of himself in the mirror of his art would make his existence meaningless.  In Caravaggio’s tenebristic painting of Narcissus, 1597-1599 the beautiful youth is bathed in bright light, suggesting that he is a kind of visionary saint, but his vision of himself is black as death, suggesting that he is a sinner in hell—a hell of his own making, the hell he lives in because he is incapable of loving anyone.  Not even himself, I suggest, for he has no self, only an addiction to a beautiful image—suggesting he is an artist.  Looking at himself through a mirror darkly, he sees that he is no more than an illusion with no substance, dissolving the moment one embraces it as though it was real—the fatal mistake and temptation of art.

Samaras’ self-portraits trace him through the stages of his life—from childhood to adulthood, from clean-shaven youth to bearded old age, from innocent boy to wise sage—but every self-portrait is a photographic illusion and pose, often gloriously colorful and magically inventive.  Each photograph is a little theater in which Samaras acts out his self-love, manufacturing his appearance as though on an assembly line—is he anything more than an appearance?  Each new self has a short artistic life, a passing artistic fancy with no existential staying power, an illusory self constantly falling back on itself and glorifying itself because it is unable to love any other self, a self that finally dead-ends in pretentious self-importance, as Samaras’ quotation of El Greco’s portrait of Cardinal Nino de Guevara, 1600 suggests.  Identifying with religious royalty, Samaras confesses his religious belief in himself, declares that he is sacred—like so many modern artists who have nothing but the religion of the self to fall back on, who believe that self-expression is the be-all and end-all of art.  Cardinal Samaras—he is a self-appointed cardinal in the church of art, ready to offer the sacrament of his self-portraits to whomever believes in him, worships art, especially his art—suffers from a delusion of grandeur, masking his inability to love another human being, which is the sin of the narcissist.  He is not superior to other human beings, but inferior to them, because he cannot relate to them, however much his art may be his saving grace.

There is something peculiarly pathetic about the narcissist, however charismatic he may be—and Samaras is charismatic, and his color-saturated photographs have charismatic appeal.  But, as the psychoanalyst David Aberbach writes, “charismatic ‘appeal’ has two meanings:  a powerful aesthetic attraction to the public, and a cry for help artfully disguised”—and the narcissist needs help.  “Though hurt and disillusioned in private life,” the charismatic gains power over the public—the artist’s audience—by craving to be loved by it.  Samaras’ charismatic art and artistic persona seek “charismatic union” with the spectator, partly by making a spectacle of the self—even a mystical (mystifying?) spectacle, for charismatic appeal has a “mystical quality,” “a religious dimension.”  Aberbach suggests that a “charismatic” is “not a real person” but a “synthetic product,” “a product of much calculation,”(1) like Samaras’ artistic alter ego, his artificial appearance on the stage of art.  With brilliant virtuosity and cunning artifice, Samaras playfully fiddles with art to create the grand illusion of a charismatic personality to compensate for the isolation imposed on him by his narcissism.  Charisma is often a compensatory response to trauma, Aberbach adds, reminding us of Samaras’ story of his traumatic childhood in Greece, suggesting that his narcissism is a necessary defense, a self-justifying expression of his will to live, with the help of art. WM 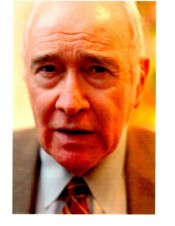 Donald Kuspit is one of America’s most distinguished art critics. In 1983 he received the prestigious Frank Jewett Mather Award for Distinction in Art Criticism, given by the College Art Association. In 1993 he received an honorary doctorate in fine arts from Davidson College, in 1996 from the San Francisco Art Institute, and in 2007 from the New York Academy of Art. In 1997 the National Association of the Schools of Art and Design presented him with a Citation for Distinguished Service to the Visual Arts. In 1998 he received an honorary doctorate of humane letters from the University of Illinois at Urbana-Champaign. In 2000 he delivered the Getty Lectures at the University of Southern California. In 2005 he was the Robertson Fellow at the University of Glasgow. In 2008 he received the Tenth Annual Award for Excellence in the Arts from the Newington-Cropsey Foundation. In 2013 he received the First Annual Award for Excellence in Art Criticism from the Gabarron Foundation. He has received fellowships from the Ford Foundation, Fulbright Commission, National Endowment for the Arts, National Endowment for the Humanities, Guggenheim Foundation, and Asian Cultural Council, among other organizations.