Somewhat reluctantly I found myself in Peres Project’s Mitte Gallery for the opening of James Franco’s hotly hyped Berlin debut: The Dangerous Book Four Boys on February 11th. Already irked by the seemingly endless discussion about Franco that has dominated party conversations, blogs, and papers for the past year I came ready to once again write him off as I had done countless times before. Humorously I would demand to know who he thought would take him seriously whenever his name would come up. He had jumped from a few overblown Hollywood films like Spiderman, always playing a one-note character to General Hospital, his self-proclaimed triumph de performance art. Who was he trying to fool? I insisted his fanatical collection of Ivy League M.A.s did about as little to convince me of any wild “genius” he may posses as his re-enactment of Bruce Nauman’s Face Painting on the vogue blog Nowness converted me into believing he knew anything about the legacy of performance and video art.

Franco seems to represent everything about my generation or at least this contemporary moment that makes me so sad. The world today is a plethora of visuals and soundscapes, most of which are re-appropriated without propelling the material further. Again, his show did little to persuade me to his team. A surfeit of doodled sheets torn from the famous book by Conn Iggulden, upon which the shows namesake puns, is accompanied by the artist’s films commenting on male adolescence and sexual discovery, which make up the first part of the exhibit. Purposefully noisy photographs of melting homes, other distorted or found objects, a readymade rocket-shaped tree-house placed in the center of the second room, and another film in which Franco reads his poetry continuing the theme of the abject compose the final part.

Technically Franco is skilled, as one would hope considering he has studied at Tisch among other fine art schools. In content however, he lacks innovation. As I watched him take a shit on screen I pleaded: please, leave the abject to Paul McCarthy. Altogether the show is not necessarily worth avoiding; if one has a few minutes to spare, why not stop by. But access is one thing - next time I hope Franco will use his influence to present something that justifies all the talk. 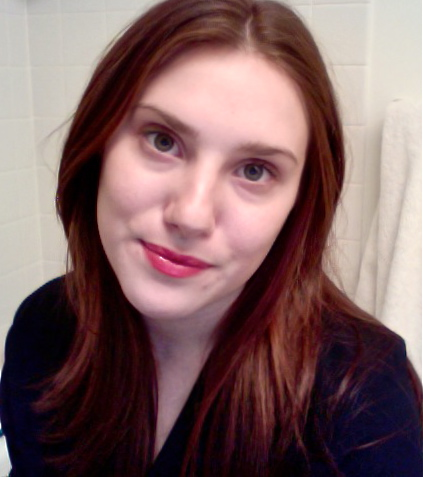 Ainsley Thornburgh is a Junior at NYU’s Gallatin School for Individualized Study concentrating in Art History and Social and Cultural Analysis. She has interned for several non-profit organizations promoting social development through the use of media including the Fledgling Fund and the United Nations. She has worked in the Communications department of the Cooper Hewitt, National Design Museum and will be working with the Development and Education departments of London’s Royal Academy of Arts.

Whitehot Magazine's Berlin Editor, Ana Finel Honigman, is pleased present a series of reviews and interviews by studio art students of the NYU Steinhardt School of Culture, Education, and Human Development. The students are spending a semester abroad in Berlin and contributing to Ana Finel Honigman’s contemporary art course “Intro to Reality: Art World Institutions in Context.” The articles are written as part of Ms. Finel Honigman’s class and selected for publication based on their excellence.